Bronchitis is a respiratory disease in which the mucus membrane in thelungs' bronchial passages becomes inflamed.

As the irritated membrane swells and grows thicker, it narrows or shuts off the tiny airways in the lungs, resulting in coughing spells that may be accompanied by phlegm and breathlessness.

The disease comes in two forms: acute (lasting from one to three weeks) and chronic (lasting at least 3 months of the year for two years in a row).

People with asthma may also have asthmatic bronchitis, inflammation of the lining of the bronchial tubes.

Bronchitis is an inflammation of the lining of your bronchial tubes, which carry air to and from your lungs. People who have bronchitis often cough up thickened mucus, which can be discolored. Bronchitis may be either acute or chronic.

Acute bronchitis is a shorter illness that commonly follows a cold or viral infection, such as the flu. It consists of a cough with mucus, chest discomfort or soreness, fever and sometimes shortness of breath. Acute bronchitis usually lasts a few days or weeks.

Chronic bronchitis is a serious, ongoing illness characterized by a persistent, mucus-producing cough that lasts longer than three months. People with chronic bronchitis have varying degrees of breathing difficulties and symptoms may get better and worse during different parts of the year. If chronic bronchitis occurs with emphysema, it may becomechronic obstructive pulmonary disease (COPD).

Bronchitis is caused by the inflammation of the bronchial tubes, by viruses, bacteria and other irritant particles.

Acute bronchitis is normally caused by viruses, typically those that also cause colds and flu.

It can also be caused by bacterial infection and exposure to substances that irritate the lungs, such as tobacco smoke, dust, fumes, vapors and air pollution.

Chronic bronchitis is caused by repeated irritation and damage of the lung and airway tissue. Smoking is the most common causes of chronic bronchitis, with other causes including long-term exposure to air pollution, dust and fumes from the environment, and repeated episodes of acute bronchitis.

Signs and symptoms for both acute and chronic bronchitis include:

Bronchitis is characterized by persistent coughing.

One of the main symptoms of acute bronchitis is a cough that lasts for several weeks. It can sometimes last for several months if the bronchial tubes take a long time to fully heal.

It is common for the symptoms of chronic bronchitis to get worse two or more times every year, and they are often worse during the winter months.

However, a cough that refuses to go away could also be a sign of another illness such as asthma or pneumonia.

Your doctor will usually use a stethoscope to listen for any abnormal sounds in your lungs. They may also examine your mucus or test the oxygen levels in your blood, and may recommend that you have a chest X-ray, pulmonary lung function test or blood tests.§  Acute bronchitis is inflammation of the bronchial tubes.

§  The most common cause of acute bronchitis is a viral or bacterial infection, but other causes may include irritants like tobacco smoke, air pollution, or chemicals.

§  The primary symptom of acute bronchitis is a cough. Other symptoms may include:

§  Children with acute bronchitis may have symptoms of:

§  Acute bronchitis is diagnosed by the patient's history, physical exam, and possibly procedures or tests.

§  Some medications may relieve bronchitis symptoms, for example, cough suppressants, NSAIDs, acetaminophen, and antibiotics (for bacterial infections only). In children under age 2, a pediatrician should be consulted before OCT medicines are used.

§  Bronchitis is an inflammation of the bronchial tubes, the airways that carry air to your lungs. It causes a cough that often brings up mucus. It can also cause shortness of breath, wheezing, a low fever, and chest tightness. There are two main types of bronchitis: acute and chronic.

§  Chronic bronchitis is one type of COPD (chronic obstructive pulmonary disease). The inflamed bronchial tubes produce a lot of mucus. This leads to coughing and difficulty breathing. Cigarettesmoking is the most common cause. Breathing in air pollution, fumes, or dust over a long period of time may also cause it.

§  To diagnose chronic bronchitis, your doctor will look at your signs and symptoms and listen to your breathing. You may also have other tests.

§  Chronic bronchitis is a long-term condition that keeps coming back or never goes away completely. If you smoke, it is important to quit. Treatment can help with your symptoms. It often includes medicines to open your airways and help clear away mucus. You may also need oxygen therapy. Pulmonary rehabilitation may help you manage better in daily life.

§  They are typically ordered if someone is having worsening symptoms of a respiratory problem, such as difficulty breathing or shortness of breath, and a condition such as asthma or chronic obstructive pulmonary disease (COPD) is suspected. Blood gases may also be used to monitor treatment for lung diseases and to evaluate the effectiveness of supplemental oxygen therapy.

§  Blood gases are used to detect an acid-base imbalance, such as can occur with kidney failure, heart failure, uncontrolleddiabetes, severe infections, and drug overdose. They may be ordered along with other tests, such as electrolytes to determine if an electrolyte imbalance is present, glucose to evaluate blood sugar concentrations, and BUN and creatininetests to evaluate kidney function.

§  When someone is "on oxygen" (ventilation), blood gases may be measured at intervals to monitor the effectiveness of treatment. Other treatments for lung diseases may also be monitored with blood gases.

§  Blood gases may also be ordered when someone has head or neck trauma, which may affect breathing, and when someone is undergoing prolonged anesthesia – particularly for cardiac bypass surgery or brain surgery – to monitor blood gases during, and for a period after, the procedure.

§  Checking blood gases from the umbilical cord of a newborn may uncover respiratory problems as well as determine acid/base status. Testing is usually only done if a newborn is having difficulty breathing.

What does the test result mean?

Normal values will vary from lab to lab. They are also dependent on elevation above sea level as a person's blood oxygen level will be lower if they live higher than sea level.

Results from an arterial blood gas analysis are not diagnostic; they should be used in combination with the results of other tests and exams to evaluate someone for a respiratory, metabolic, or kidney problem.

Abnormal results of any of the blood gas components may indicate one or more of the following issues:

A low partial pressure of oxygen (PaO2) suggests that a person is not getting enough oxygen, while results that are within normal range usually mean that oxygen intake is sufficient.

All other components of the blood gas analysis (pH, PaCO2, HCO3-) are interrelated and the results must be considered together. Certain combinations of results, if abnormal, may indicate a condition that is causing acidosis or alkalosis. These may include the following:

·         Respiratory acidosis is characterized by a lower pH and an increased PaCO2 and is due to respiratory depression (not enough oxygen taken in and carbon dioxide removed). This can be caused by many things, including pneumonia,chronic obstructive pulmonary disease (COPD), and over-sedation from narcotics.

·         Respiratory alkalosis, characterized by a raised pH and a decreased PaCO2, is due to over-ventilation caused by hyperventilating, pain, emotional distress, or certain lung diseases that interfere with oxygen exchange.

·         Metabolic acidosis is characterized by a lower pH and decreased HCO3-, causing the blood to be too acidic for proper metabolic/kidney function. Causes include diabetes, shock, and renal failure.

·         Metabolic alkalosis is characterized by an elevated pH and increased HCO3- and is seen in hypokalemia, chronic vomiting (losing acid from the stomach), and sodium bicarbonate overdose.

Examples of test results associated with the above conditions are summarized below:

If left untreated, these conditions can create an imbalance that can eventually become life-threatening. A health practitioner can provide the necessary medical intervention to regain normal acid/base balance, but the underlying cause of the imbalance must also be addressed.

Is there anything else I should know?

Arterial blood sample collection is usually a bit more painful than regular venipuncture. You may experience moderate discomfort, and a compress is required for some time to prevent any bleeding from the site.

Sometimes mixed venous blood taken from a central line is used in particular situations, such as in cardiac catheterization labs and by transplant services. Careful interpretation of the results is required. Peripheral venous blood, such as that taken from a vein in the arm, is of no use for oxygen status because it has decreased oxygen content due to the fact that it is composed of blood returning . 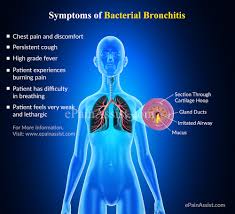 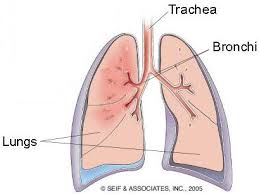 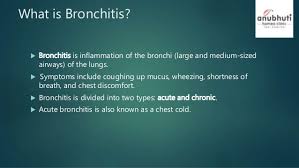 Many cases of acute bronchitis may go away without any specific treatment, but there is no cure for chronic bronchitis.

To keep bronchitis symptoms under control and relieve symptoms, doctors may prescribe:

As cigarette smoking is the most common cause of chronic bronchitis, avoiding smoking is one of the best ways to prevent it.

Although you cannot always prevent acute bronchitis or chronic bronchitis there are several measures that can be taken to reduce your risk of both conditions: 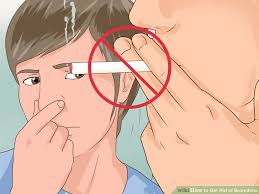