Epilepsy is a chronic disorder, the hallmark of which is recurrent, unprovoked seizures. Many people with epilepsy have more than one type of seizure and may have other symptoms of neurological People with epilepsy tend to have recurrent seizures (fits). The seizures occur because of a sudden surge of electrical activity in the brain - there is an overload of electrical activity in the brain. This causes a temporary disturbance in the messaging systems between brain cells. During a seizure the patient's brain becomes "halted" or "mixed up".

Every function in our bodies is triggered by messaging systems in our brain. What a patient with epilepsy experiences during a seizure will depend on what part of his/her brain that epileptic activity starts, and how widely and quickly it spreads from that area. Consequently, there are several types of seizures and each patient will have epilepsy in his/her own unique way.

There are three types of diagnoses a doctor might make when treating a patient with epilepsy:

There are three descriptions of seizures, depending on what part of the brain the epileptic activity started:

A generalized seizure occurs when both halves of the brain have epileptic activity. The patient's consciousness is lost while the seizure is in progress.

A secondary generalized seizure occurs when the epileptic activity starts as a partial seizure, but then spreads to both halves of the brain. As this development happens, the patient loses consciousness.

The main symptoms of epilepsy are repeated seizures. There are some symptoms which may indicate a person has epilepsy. If one or more of these symptoms are present a medical exam is advised, especially if they recur:

The following conditions need to be eliminated as they may present similar symptoms, and are sometimes misdiagnosed as epilepsy:

When a diagnosis of seizures or epilepsy is made, the doctor will then discuss with the patient or the patient's family what the best treatment options are. If an underlying correctable brain condition was causing the seizures, sometimes surgery may stop them. If epilepsy is diagnosed (ongoing tendency to have seizures), the doctor will prescribe seizure-preventing drugs or anti-epileptic drugs.

The doctor's aim is to prevent further seizures from occurring, while at the same time avoiding side-effects so that the patient may lead a normal, active, and productive 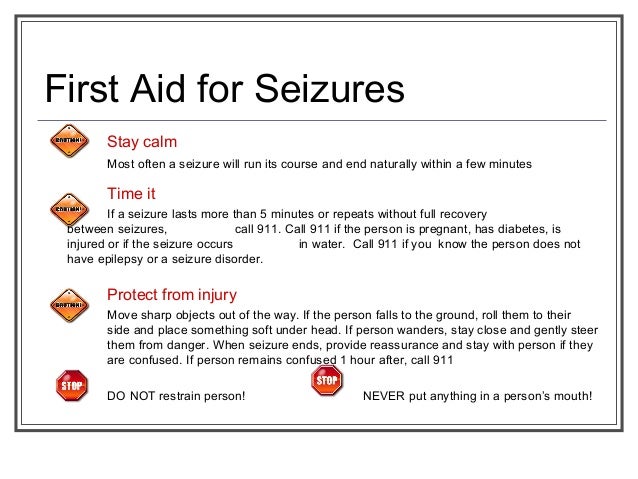 Here is a list of the most commonly prescribed anti-epileptic drugs (AEDs).

Certain fatty acids may form the basis for new epilepsy medications in adults and children, scientists in London reported in Neuropharmacology. They explained that fatty-acid based drugs might provide similar symptom control as Ketogenic diets do.

They hope to identify the specific fatty acids in the Ketogenic diet that are effective in controlling seizures. The scientists, from University College London and the Royal Holloway Hospital expect their research will pave the way for new anti-epileptic therapies which have the same beneficial effects as the diet without having to make the patient suffer the severe side-effects.