What Are Thyroid Problems?

Through the hormones it produces, the thyroid gland influences almost all of the metabolic processes in your body. Thyroid disorders can range from a small, harmless goiter(enlarged gland) that needs no treatment to life-threatening cancer. The most common thyroid problems involve abnormal production of thyroid hormones. Too much thyroid hormone results in a condition known ashyperthyroidism. Insufficient hormone production leads tohypothyroidism.

Although the effects can be unpleasant or uncomfortable, most thyroid problems can be managed well if properly diagnosed and treated.

All types of hyperthyroidism are due to an overproduction of thyroid hormones, but the condition can occur in several ways:

Untreated for long periods of time, hypothyroidism can bring on a myxedema coma, a rare but potentially fatal condition that requires immediate hormone treatment.Hypothyroidism poses a special danger to newborns and infants. A lack of thyroid hormones in the system at an early age can lead to the development of cretinism (mental retardation) and dwarfism (stunted growth). Most infants now have their thyroid levels checked routinely soon after birth. If they are hypothyroid, treatment begins immediately. In infants, as in adults, hypothyroidism can be due to these causes:

A hypothyroid infant is unusually inactive and quiet, has a poor appetite, and sleeps for excessively long periods of time.

Cancer of the thyroid gland is quite rare and occurs in about 5% of thyroid nodules. You might have one or more thyroid nodules for several years before they are determined to be cancerous. People who have received radiation treatment to the head and neck earlier in life, possibly as a remedy for acne, tend to have a higher-than-normal risk of developing thyroid

How Do I Know If I Have a Thyroid Problem?

Your doctor can diagnose hyperthyroidism and hypothyroidism by testing the levels of thyroid hormones in your blood. Doctors measure hormones secreted by the thyroid itself, as well as thyroid-stimulating hormone (TSH), a chemical released by the pituitary gland that triggers hormone production in the thyroid.

When you are hypothyroid, higher quantities of TSH are circulating in your blood as your body attempts to increase production of thyroid hormones. The reverse is true with hyperthyroidism, in which TSH levels are below normal and circulating thyroid-hormone levels are high.

To identify the cause of hyperthyroidism, doctors often use radioactive iodide uptake tests, which track the amount of iodide absorbed by the thyroid gland. Iodide, obtained from the foods we eat, is a key ingredient in the manufacture of thyroid hormone, so the amount of iodide the thyroid absorbs is a reliable indicator of how much hormone the gland is producing. For this test, the doctor places an instrument over your neck to measure how much background radioactivity there is. Then, you must swallow a small amount of radioactive iodide in liquid or capsule form. After a predetermined time (usually 4-6 hours and at 24 hours), the doctor again places an instrument over your neck to measure how much of the radioactive iodide has gathered in your thyroid.

If the test suggests that the gland is collecting excessive amounts of iodide, the doctor may then conduct a radioactive iodide uptake scan. In this test, the doctor uses a special film to create a picture that shows the exact location of the radioactive iodide in your thyroid gland. The scan will reveal, for example, if the iodide is collecting in nodules, indicating that the nodules are responsible for the excess hormone production. If the scan shows that the iodide is spread equally throughout the tissue, the whole thyroid is involved in the excess production.

The thyroid is a small gland located below the Adam's apple in your neck. It releases hormones, thyroxine (T4) andtriiodothyronine (T3), which increase the amount of oxygen your body uses and stimulate your cells to produce new proteins. By controlling the release of these hormones, the thyroid determines the metabolic rate of most of your body's organs.

The thyroid gland is regulated by thyroid-stimulating hormone(TSH), which is made by the pituitary gland in the brain. Normally, when thyroid hormone levels in the body are high, they will "switch off" the production of TSH, which in turn stops the thyroid from making more T4 and T3.

Thyroid diseases sometimes result from inappropriate TSH levels, or may be caused by problems in the thyroid gland itself.

The most common cause of hypothyroidism isHashimoto's thyroiditis, an autoimmune condition where the body makes antibodies that destroy parts of the thyroid gland. Surgical removal and certain medications (e.g., amiodarone, lithium) can also cause hypothyroidism.There are different causes of hyperthyroidism. Graves' disease is the most common cause of hyperthyroidism. This condition occurs when the immune system produces an antibody that stimulates the entire thyroid gland; this leads to overactivity and higher levels of thyroid hormones.

Another form of hyperthyroidism is called toxic nodular goiter or toxic thyroid adenoma. Adenomas, abnormal nodules of tissue in the thyroid, constantly produce thyroid hormones even when they are not needed.

Secondary hyperthyroidism is caused when the pituitary gland makes too much TSH, leading to constant stimulation of the thyroid gland. A pituitary tumour may cause TSH levels to rise. More rarely, the pituitary gland becomes insensitive to thyroid hormones, no longer responding to high levels.

There are four types of thyroid cancers: papillary, follicular, anaplastic, and medullary cancer. These are associated with radiation treatment to the head, neck, or chest. Radiation treatment for benign (non-cancerous) conditions is no longer carried out in these areas, but was more common in the past. In other cases, a genetic mutation might be associated with thyroid cancer, either alone or in conjunction with other types of cancers (e.g., multiple endocrine neoplasia, BRAF gene mutations). Less commonly, other cancers might metastasize to the thyroid (e.g., lymphoma, breast cancer).

If hypothyroidism isn't treated, the symptoms will progress. Rarely, a severe form of hypothyroidism, calledmyxedema, can develop. Symptoms of myxedema include:

Myxedema coma occurs in people with severe hypothyroidism who have been exposed to additional physical stresses such as infections, cold temperatures, trauma, or the use of sedatives. Symptoms include loss of consciousness, seizures, and slowed breathing.

Hyperthyroidism results in high levels of T4 and T3 circulating in the blood. These hormones speed up your metabolism. Some of the most common symptoms include:

Graves' disease, in addition to the common symptoms of hyperthyroidism, may cause a bulge in the neck (goiter) at the location of the enlarged thyroid gland. It also might cause the eyes to bulge out, which may result in double vision. Sometimes, the skin over the shins becomes raised.

If hyperthyroidism is left untreated or is not treated properly, a life-threatening complication called thyroid storm (extreme overactivity of the thyroid gland) can occur. Symptoms include:

Thyroid storm, considered a medical emergency, can also be triggered by trauma, infection, surgery, uncontrolled diabetes, pregnancy or labour, or taking too much thyroid medication.

Thyroid disease suspected by clinical history and physical exam is confirmed by laboratory tests.Laboratory tests usually measure levels of TSH and thyroid hormones. Serology tests can measure the levels of antibodies associated with hypothyroidism and hyperthyroidism. If your doctor suspects thyroid cancer, a biopsy can be used to sample the thyroid tissue and test for cancer.

Another method called a functional stimulation test can be used to distinguish whether the pituitary and thyroid glands are the source of medical symptoms. Ultrasounds and nuclear thyroid scans allow for visual and functional examination of the thyroid gland or of nodules. 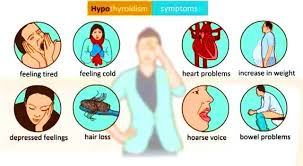 Conventional treatment for thyroid disease involves a lifelong medication or surgery. Although there are many alternative treatments, among all those treatments thyroid treatment in homeopathy is a best way to opt because it will have no side effects and also a painless procedure to cure and get relief from it permanently. While in homeopathy, we propose to treat the problem not by supplementing the deficiencies or surplus, but by reactivation of efficient thyroid glandular function. Our immune system is also under constant attack from toxins within air, water and food supply.
These pollutants, over-stimulate our immune system, create autoimmune reactions and damage thyroid function. In Homeopathy we provide constitutional treatment which focuses on improving the function of the thyroid gland by natural means. The constitutional remedies will stimulate the body to reactivate thyroid secretions. In our thyroid treatment we will help to boost energy, improve circulation and thereby help balancing hypo as well as hypothyroid functions. It may be also used as a supportive help for regulating both hypo and hyper thyroid functions.

Most people who take thyroid replacement therapy do not experience side effects. However, if too much thyroid hormone is taken, symptoms can include shakiness, heart palpitations, and difficulty sleeping. Women who are pregnant may require an increase in their thyroid replacement by up to 50%. It takes about 4 to 6 weeks for the effect of an initial dose or change in dose to be reflected in laboratory tests.

Hyperthyroidism can be treated with iodine (including radioactive iodine), anti-thyroid medications or surgery.

Anti-thyroid medications (e.g., propylthiouracil* or methimazole) can bring hyperthyroidism under control within 6 weeks to 3 months. These medications cause a decrease in the production of new thyroid hormones by the thyroid gland. Larger doses will work more quickly, but may cause side effects including skin rashes, nausea, loss of taste sensation, liver cell injury, and, rarely, a decrease of blood cell production in the bone marrow.

Surgical removal of the thyroid gland, calledthyroidectomy, is sometimes necessary. It may be required if there are cancerous nodules; if a non-cancerous nodule is causing problems breathing or swallowing; if the person cannot take radioactive iodine or antithyroid medications, or if these do not work; or if a nodule that contains fluid continues to cause problems. Removing the thyroid gland leads to hypothyroidism, which must then be treated with thyroid hormone therapy for the rest of a person's life.

Sometimes your doctor may recommend other medications to help control symptoms of hyperthyroidism, such as shakiness, increased heart rate, anxiety, and nervousness. However, these won't cure thyroid dysfunction. 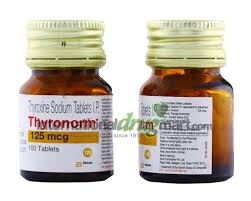